Thousands Of Wishes As Such (Hazaron Khuwaishen Aisi)

– Live rendition of the ghazal by Maestro Jagjit Singh.

Thousands of wishes as such,
for each a life will run out.
Many of my desires turn up,
still not enough came out.

What’s there to be afraid of, for
an assassin to make a clean kill?
That blood, one’s accustomed
for ages to spill each day out.

Heard story of Adam for ages,
from heavens he’s casted out.
Yet insult – an extraordinaire
way your alley kicked me out.

Oh tormentor, perhaps a secret
of your eminence will reveal itself,
If loses a grip that ornament,
keeping the tangles from fall out.

Yet, should someone’s to write my
acquaintance a letter, I offer myself.
Tucking the pen in pocket I leave
near the time when sun comes out.

In this age I got acquainted
with the traits of concealment.
Arriving to a period then again,
when universe flows a wine out.

One from whom expectations were
to receive just a languid praise.
In comparison to us we found
more meager – a total worn out.

In love, there’s difference – not
much between living and dying.
One who keeps aflame is same
infidel who burns the hell out.

Apply some effort on the chest,
so that arrow of torture is out.
With it leaves the heart, and as
the heart leaves, the life is out.

For sake of divinity, undo not
a veil of holy place, Oh spoiler!
Fear lurks, what if from here too
emerges the same infidel out?

At what end is door to tavern ‘Ghalib’,
at what end is the abstinent.
Though still sure of yesterday,
one did arrive as moment I was out.

– Dedicated to thousands of wishes – the dreams of the dreamers.

– My favorite rendition of all time for this Ghazal is from a remarkable Hindi film: “Hazaaron Khwaishein Aisi‎”.
The ambiance, background music, the narration in English, and the singing, everything is epic in this rendition.

– Here’s one sung by Jagjit Singh, as a part of a TV Series “Mirza Ghalib”

– Here’s one performed by Abida Parveen.

– Here’s one performed by Vinita Gupta – a melodious classical voice.

6 thoughts on “Thousands Of Wishes As Such (Hazaron Khuwaishen Aisi)” 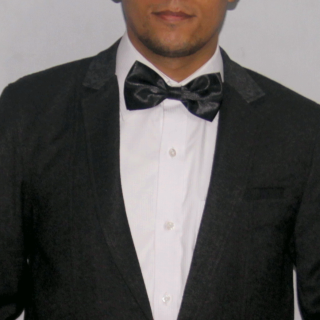